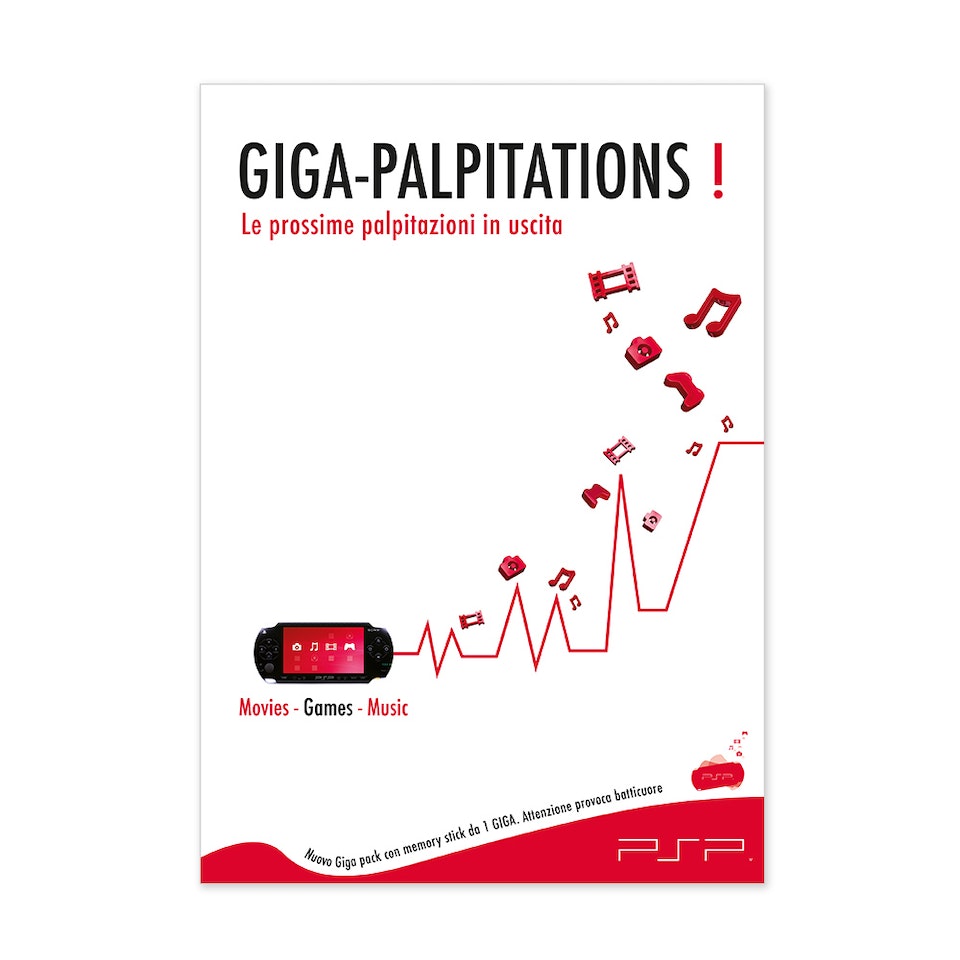 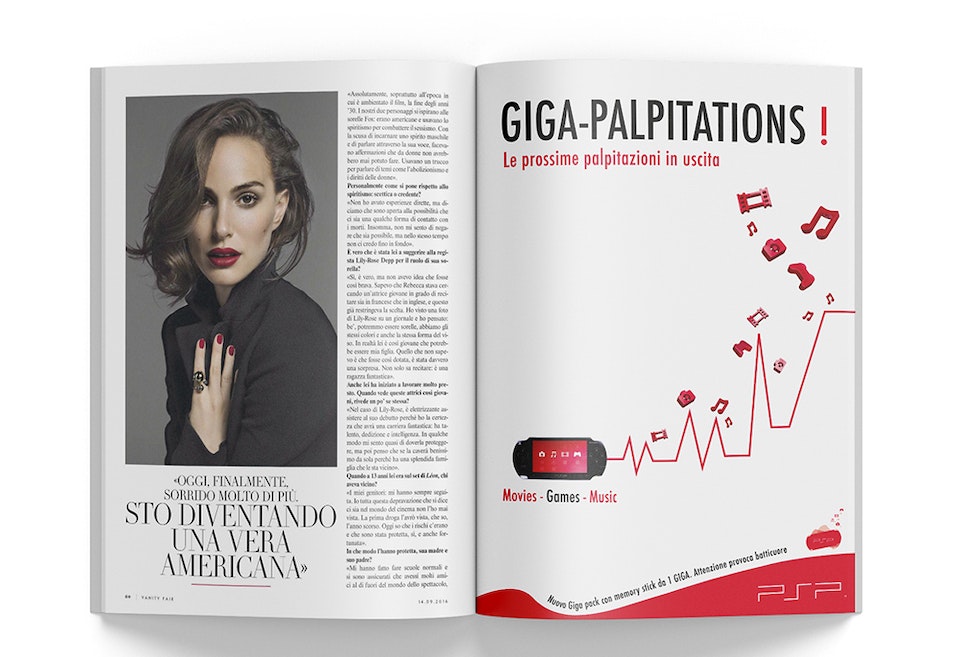 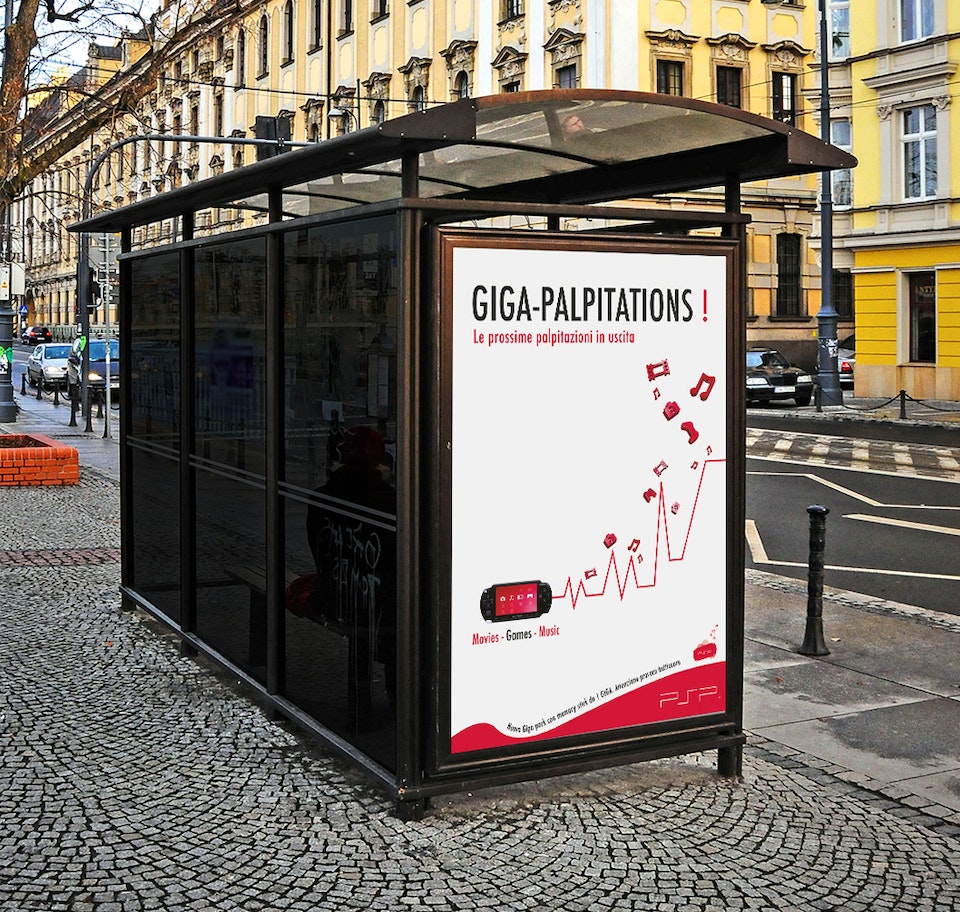 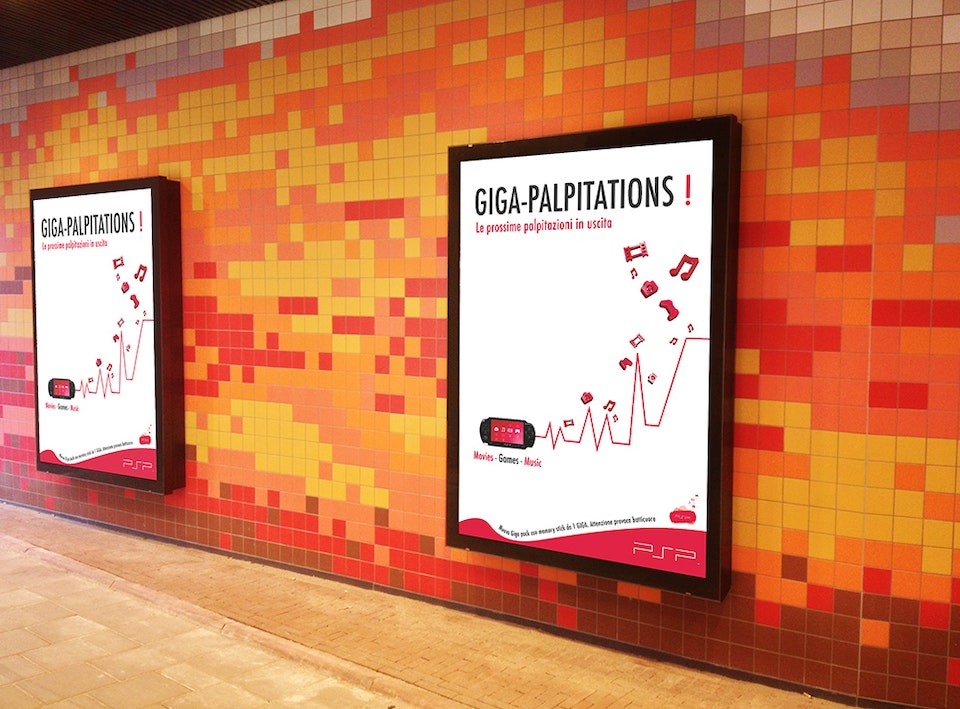 Case:
In 2005 Sony introduced the new PSP product with a big campagin.
In 2006, Sony made an update of the PSP. I was commissioned to design the new ad campaign for the Italian market, which was printed in various commercial, gaming-related magazines and outdoor .

Solution:
My approach to the campaign was to build on the original campaign that had put a recognizable style for SONY PSP.
So I designed a campaign that use same elements but illustrated more excitment: More films, more games, more music.

©2023 Per Bagger Photography. All rights reserved. No part of this website may be reproduced without permission.